Every year the Caltech Center for Comparative Planetary Evolution funds a selection of new proposals designed to strengthen collaboration across the Center, build interdisciplinary ties, and advance the science of comparative planetary evolution. Projects supported in the past are shown below. 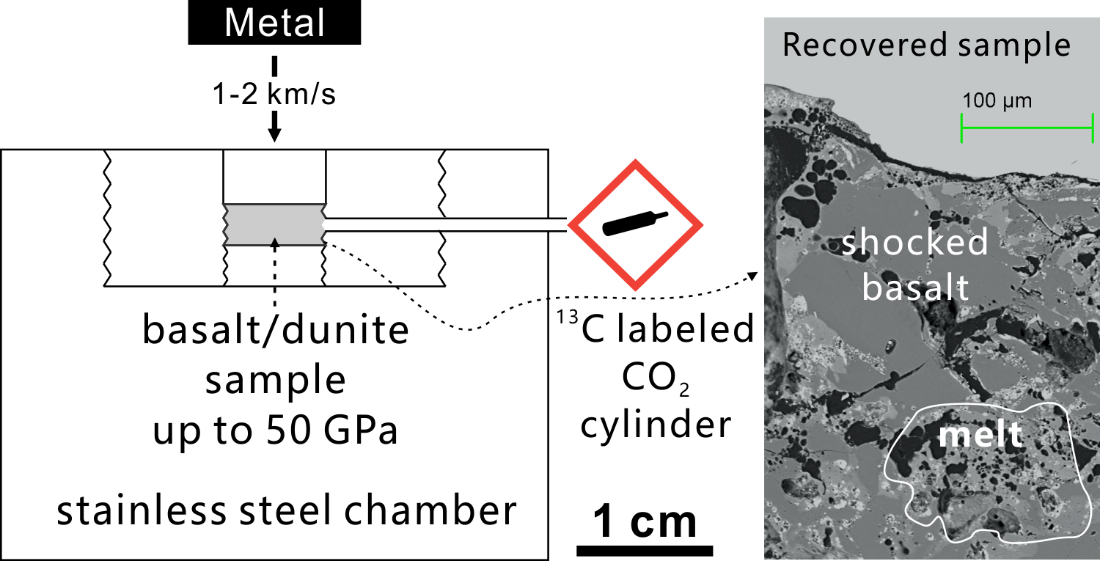 Glassy pockets in Martian meteorites are quenched from impact-derived melts that often incorporate significant concentrations of volatiles such as water, of which only a small portion is magmatic in origin1. The bulk of it is derived from the near-surface environment on Mars, potentially preserving the history of aqueous activity in the shallow subsurface up to the moment of their ejection from Mars. However, it is unclear whether the impact glasses incorporate (sub)surficial volatiles by melting aqueously-altered phases or by partitioning from the Martian atmosphere directly1. We are performing shock-recovery experiments on Martian analogue basalt mixed with of 13C-labeled CO2 and 2H-labeled brucite to measure the incorporation of these solid-derived and gas-derived components into experimental shock melts and thereby solve this puzzle. In the first set of experiments, we used CO2 gas with δ13C PDB of +40529 ‰ and 2 bar pressure to simulate an extreme environment. The recovered basalt shows pervasive bubbles, indicating absolute saturation of gas atmosphere, as expected. Mineral phases and impact melt show a rough positive correlation between CO2 content and δ13C, with up to 200 ppm of CO2 and δ13C = 4000 ‰. The results indicate that, even with unrealistically high (for modern Mars, at least) initial CO2 pressure condition, the ingassing of CO2 from the atmosphere is limited to hundreds of ppm. Hence Martian impact melts with similar CO2 contents more likely remelted aqueously-altered phases in the subsurface, as opposed to direct capture from the atmosphere. The next stage is to repeat the experiment with deuterium-enriched brucite with the intent to show much more efficient capture of volatiles from a condensed-phase source.

The primitive, carbonaceous meteorites contain abundant and diverse organic molecules that are also synthesized by terrestrial life, meaning the asteroids from which these rocks are derived were potential sources of prebiotic compounds to the early Earth and other planets, and also present us with examples of natural prebiotic chemistry that may illuminate processes that could have been endogenous to early planetary environments. We are examining the role of nebular volatiles — principally CO and H2O — in the origin of these compounds by taking advantage of the marked differences in oxygen isotope composition between these species, and between them and rocky materials, in the early circum-solar disk. So far, we have established a method for precise and accurate oxygen isotope analysis of a variety of individual oxygen-bearing organic compounds, such as ketones and aldehydes, explored through first-principles chemical physics models the oxygen isotope fractionations associated with relevant to nebular and asteroidal chemical processes, and mapped out the methods we will use to extract, purify and analyze select molecules of interest in carbonaceous meteorites — measurements we intend to make during the latter half of 2022. 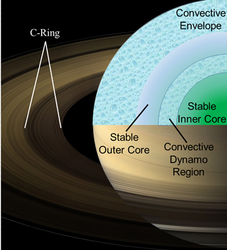 The Seismic and Magnetic Signatures of Saturn's core

There is enormous uncertainty in the internal structures of giant planets. Large concentrations of rocks and ices are suspected to exist in giant planet cores, but the core-envelope transition is now thought to be smooth such that the core is "dilute". In the case of Saturn, ring seismology data requires this transition to extend throughout most of the planet's interior. However, both seismic data and magnetic dynamo simulations suggest that there is a convective shell in between two regions with stabilizing composition gradients, which may be caused by helium rain-out and a dilute core. We are building suites of models with two convective shells and two stably stratified layers, computing their seismic and gravity signatures, and comparing with data. The best-fit models will reveal how thick each region is, and they will provide what is currently the clearest picture of the interior of a giant planet. This will shed light on the formation history of gas giant planets like Saturn, and it will help us understand how gaseous planets evolve over time 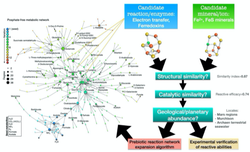 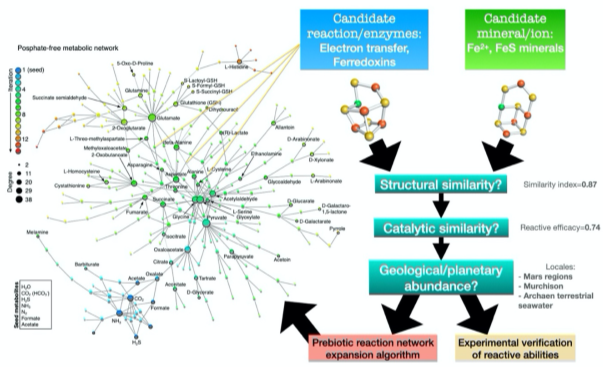 Bridging Mineralogy and Enzymology in the Origin of Life

Understanding the conditions necessary for life to originate provides a useful lens through which to approach comparisons between planets and their secular evolution. But when it comes to the origin of life, there are major gaps in our knowledge that we currently fill by waving a magic wand. This is exactly how we treat the emergence of metabolism—the energy-transducing network of molecular fluxes that define the core mission of any cell. How does/did metabolism emerge? What environmental characteristics enable this? Does it require exotic materials and rare conditions? Or are these likely to be common on rocky planetary bodies? We are approaching this problem with a unique combination of comparative computational analyses of minerals and protein structures, evaluation of metabolic networks found in extant cells to infer constituents of ancient metabolic networks, and chemical analyses of rock samples from the early geological record. Together this will help uncover the materials and environmental conditions that foster early metabolism, and potential for this to occur on other planetary bodies for which we have some mineralogical and chemical data, specifically Mars, Europa, Enceladus and those recorded by certain meteorites. 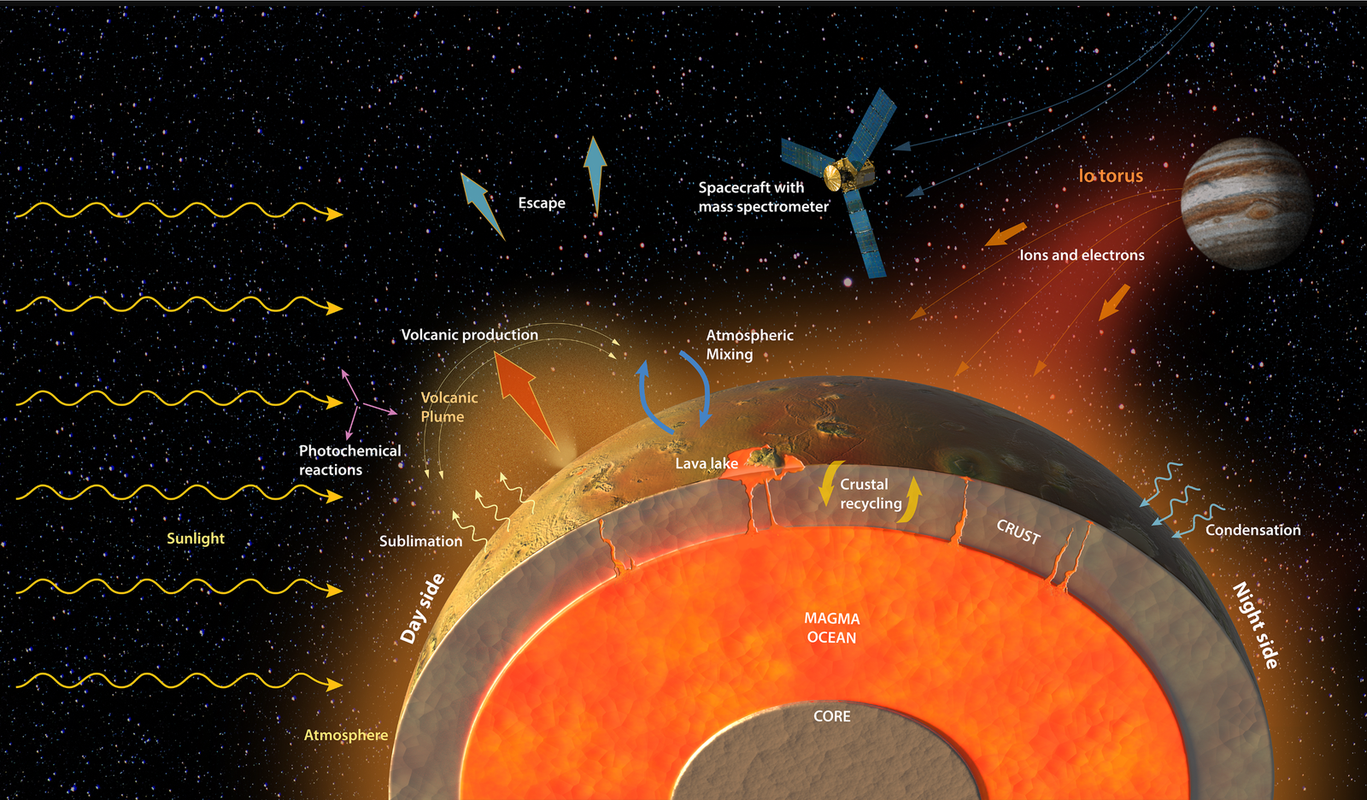 Tides powered by orbital resonances are one of the main drivers of geological activity and heat generation on the Solar System's moons. On Jupiter's moon Io, tidally-driven volcanism dominates the properties of the surface and atmosphere, and this moon has thus long been used as a laboratory for understanding the mechanics of tidal heat generation. However, its high resurfacing rate and young surface, combined with an atmosphere that is dynamically created and lost, leave very few records of its long-term history. The question of how long the galilean satellite orbital resonance has been active and whether the current level of heating is representative or anomalous, including whether Io is currently in thermal equilibrium, remains a fundamental gap in our understanding of Io's thermal history. Isotopic abundances, which can preserve records of processes that occurred over Gyr timescales, present a promising unexplored avenue into filling this gap. Telescope and spacecraft instruments are capable of measuring sulfur isotopologues, but interpretation will rely on an understanding of the isotopic fractionation processes at work on Io. We are developing a box model to characterize and quantify such fractionation in Io's interior and surface environment, including performing some specific petrological and geochemical laboratory experiments to measure fractionation factors that have not been quantified to date under the relevant conditions. The resultant model can be applied to measurements of isotope abundances at Io by telescopes in the near-term and (hopefully) by spacecraft within the next 10-20 years. ​This work will additionally help us unravel processes occurring in the subsurface of our own planet Earth, such as how and where arc volcanoes acquire their heavy sulphur isotope signal and how to interpret gas measurements collected from volcano monitoring data. 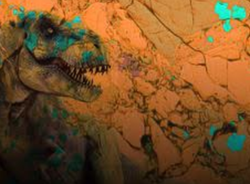 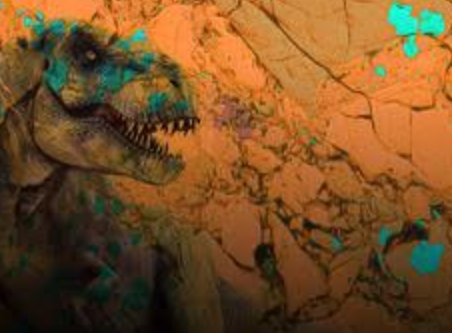 The Cretaceous-Paleocene (K/Pg, also known as K/T) boundary saw one of the largest ecological upheavals in Earth's history. The rocks from this time show marked enrichments in iridium (Ir), an element that is typically depleted on the Earth's surface but relatively abundant in some meteorites. This sparked a then largely controversial hypothesis that a large asteroid hit the Earth during this time. While its role in the subsequent mass extinction remains debatable, multiple lines of evidence have since confirmed that a giant impact event did occur around 66 million years ago. In this study, we are going to leverage novel isotopic tracers in K/Pg Boundary samples to identify the type of impactor that hit the Earth during this transition. Impactor contribution preserved in the rock record will be identified as isotopic deviations from a terrestrial/standard composition and have the potential to enable identification of where in the Early Solar System the K/Pg impactor was formed. More importantly, this study will serve as a first step in developing a powerful new tracer for detecting impact events in the sedimentary record. 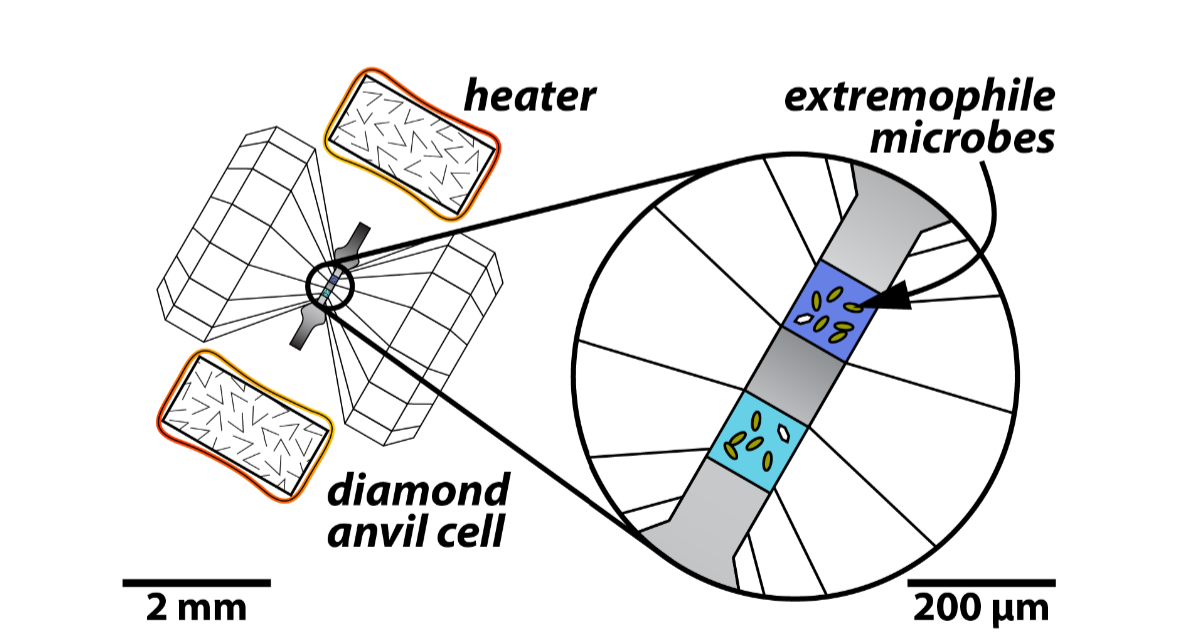 Diamond anvil cells (DACs) can generate static pressures in excess of 300 gigapascals, the pressure within Earth's core, by compressing a medium (such as a liquid) between two cut diamonds, thus providing a transparent ‘window' to examine planetary materials in the created high-pressure chamber using a suite of analytical techniques. Generally used in geophysics and other high-pressure fields of research, we will use a DAC system to analyze the activity of cultured polyextremophile microorganisms (archaea and bacteria) under a range of physicochemical conditions, including high and low temperatures, high pressures, acidity, and nutrient limitation. The design of the DAC gasket available in Jackson's lab allows for four replicate chambers (200 μm diameter) to be spectroscopically examined during incubation without the need for depressurization of microbes or removal from the DAC. Single-cell microbial activity in the DAC will be assessed using redox-sensitive fluorescence tracers, and metabolite production will be tracked via Raman spectrophotometry. While limits to single extreme environmental conditions are known for some microbes, the effects of combined multiple extreme conditions, as are often found in natural habitats, are less constrained. This project will examine and quantify the limits of microbial life by establishing how simultaneous extreme environmental conditions affect cellular viability and activity at the single-cell level over time without the need for decompression or removal from the incubation chamber.

Environmental Controls on the Evolution of Complex Life on Earth

The appearance of eukaryotes roughly 600-800 million years is a singular event in the evolution of Earth's biosphere, and indeed the planet itself. It marks the rapid and virtually complete transition from a planet dominated by single-celled bacterial life, to one dominated by complex, multicellular plants and animals. However, the reasons for this sudden appearance of complex life some 3.7 billion years after the Earth formed are still hotly debated. Potential explanations range from evolutionary innovations that suddenly made complex body forms possible, to environmental determinants in the form of O2 or trace metals, or even population bottlenecks due to mass extinctions during the Snowball glaciations. Uncertainty stems in large part from our limited ability – in the absence of most fossils – to discern which specific organisms were present, where they were living, and what they were doing. Our project will seek to develop new methods for the analysis of carbon isotopes in biomarker compounds specific to eukaryotes. Such data should provide new insights into the metabolism and physiology of ancient organisms, and the environment to which they were responding. This in turn should allow us to test specific ideas about the origins of complex life on Earth. 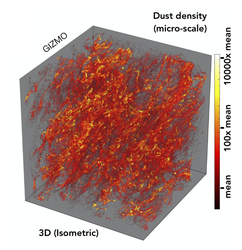 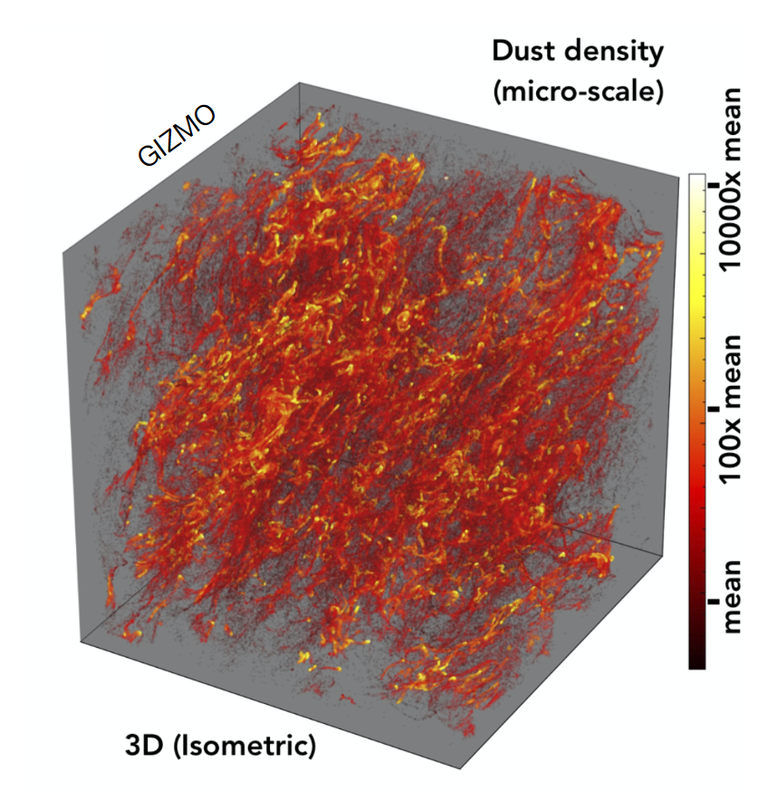 Four hundred years ago, the astronomer Galileo Galilei announced his discovery of four moons orbiting around the planet Jupiter, each seen as a distinct white dot through his telescope. However, it is only in the span of the last four decades that astronomers have been able to study the Jovian moons in detail to reveal that the four—Io, Europa, Ganymede, and Callisto—are fascinating worlds of their own. The exact story of how these satellites formed, however, remains imperfectly understood. In particular, identifying the specific physical mechanism responsible for the conversion of icy dust into the building blocks of satellites presents a considerable challenge to the theory of satellite formation. To address this problem, we are employing large-scale numerical simulations of resonant drag instabilities — a process through which dust clouds can grow, and eventually coalesce into solid satellitesimals within a differentially rotating gaseous disk. As continued exploration of icy moons within the solar system ventures forward, these calculations will shed light on the origins of these remarkable worlds.